Ferguson Smart Home Security Kit is a well-thought-out package of sensors most needed in every home, thanks to which you will always keep your finger on the pulse of life and safety of your family. All elements of the system interact with each other and transmit information directly to your phone or tablet. 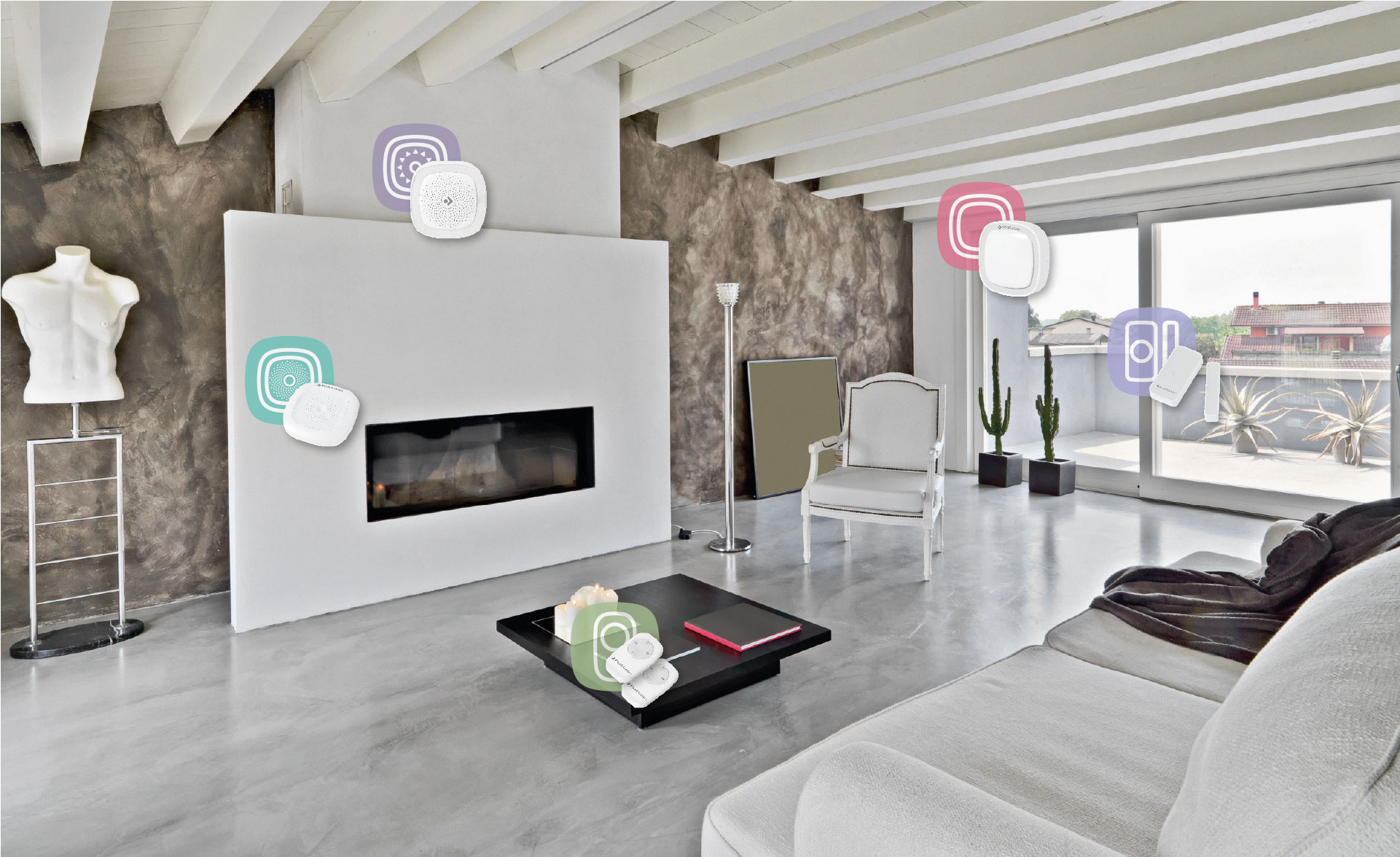 A huge advantage of the Ferguson Smart Home system is the non-invasive way of installing sensors and other system components. Most sensors simply stick to surfaces with tape, so you don’t have to tinker with walls or ceilings or other surfaces. The system is completely wireless, which allows you to avoid problems with cable routing and greatly facilitates assembly (and disassembly).

Ferguson Smart Home Security Kit was designed to be a starter kit for the Ferguson Smart Home system. It contains the most important sensors from the user’s point of view and a control panel (the so-called hub), all of which are offered at an attractive price. 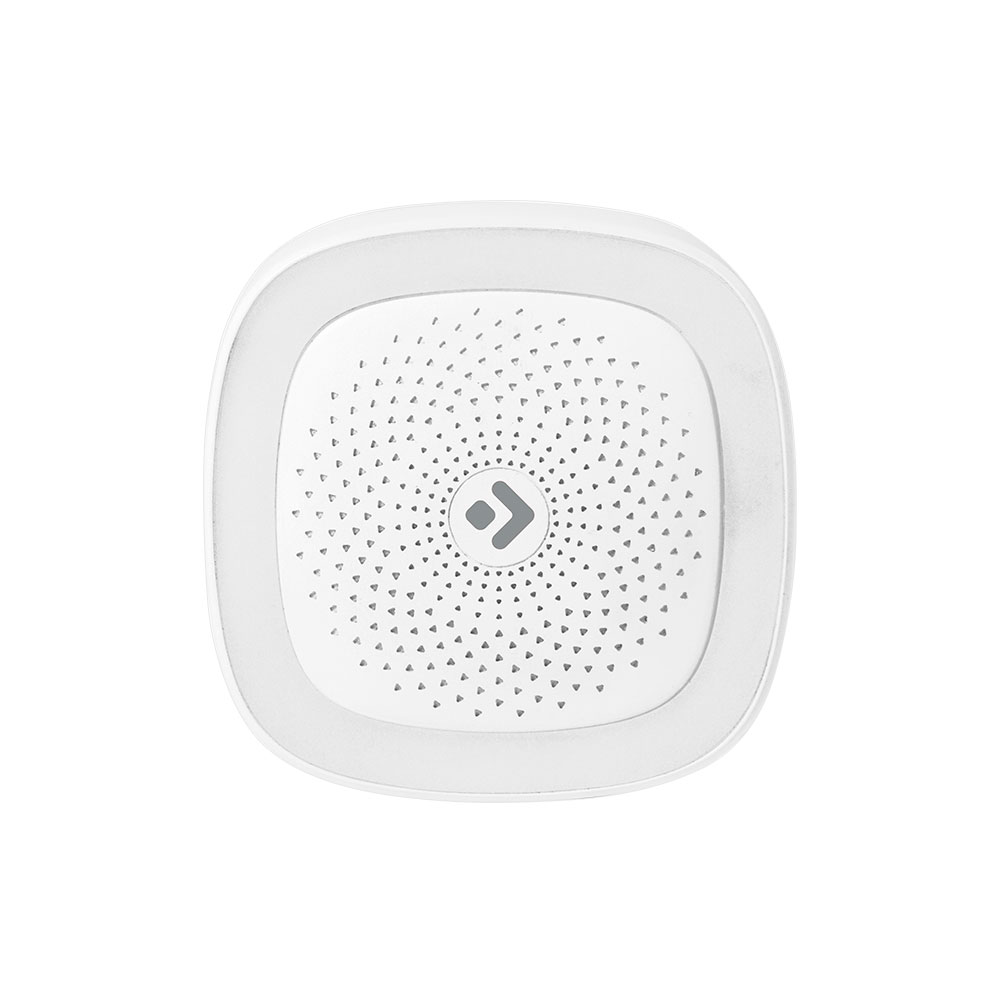 Smart Hub is a home remote control center. The smart hub is responsible for the communication of sensors with each other and the transfer of data collected from sensors to the cloud. The user connects via the Ferguson Smart application (for iOS and Android systems) to a cloud located in Poland, where the status of individual sensors is waiting for him, ready and constantly updated, and from where alarms are sent to the application in the event of a threat. Using the application, the user can send commands to the sensors, he can control his smart home, he can create scenes (user-defined settings of sensors and other devices depending e.g. on the time of day, so you can control heating or power supply for selected elements of the Ferguson Smart Home system). 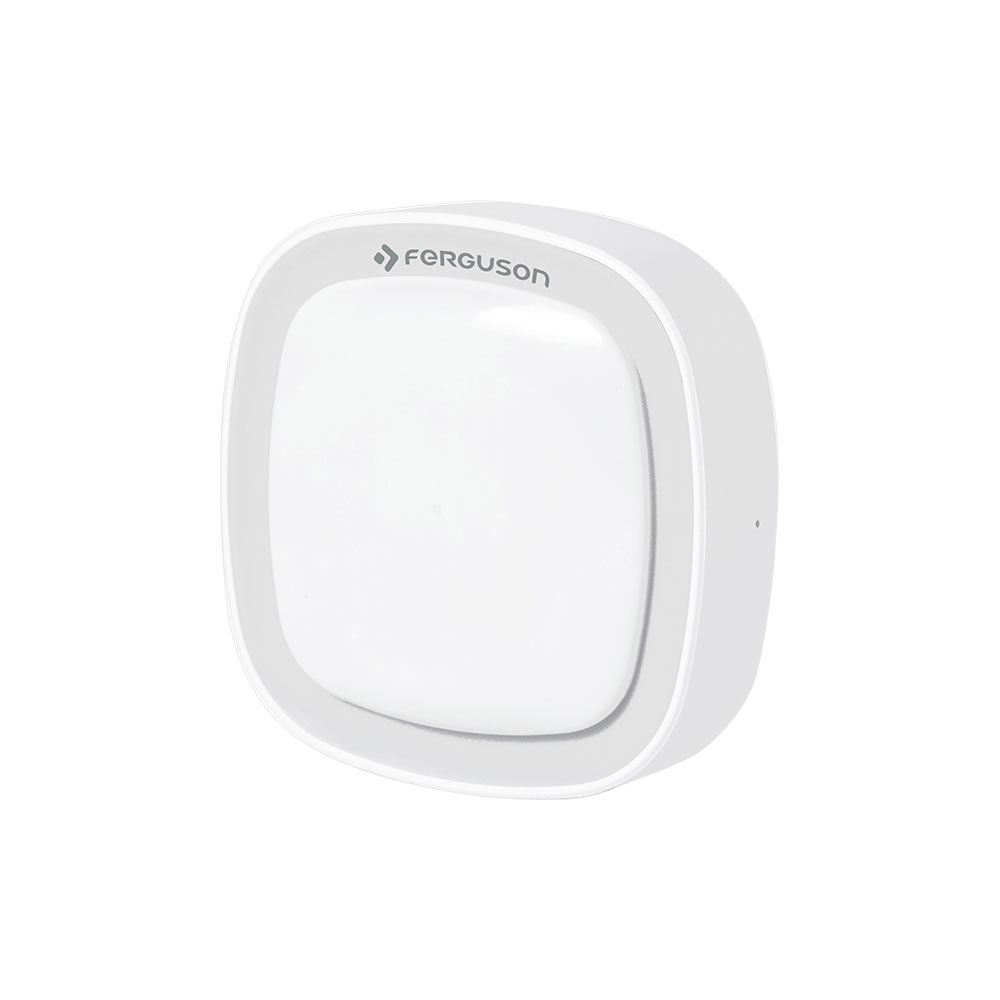 One of the basic sensors used in the effective protection of a house or apartment. The motion sensor does exactly what its name implies: it senses movement. When motion is detected, the user receives an appropriate notification and an alarm is triggered in the Ferguson Smart Home system. From that moment, the user can, using e.g. Ferguson cameras, check the live view of the apartment in the application and, if the threat is confirmed, can immediately notify the appropriate services. 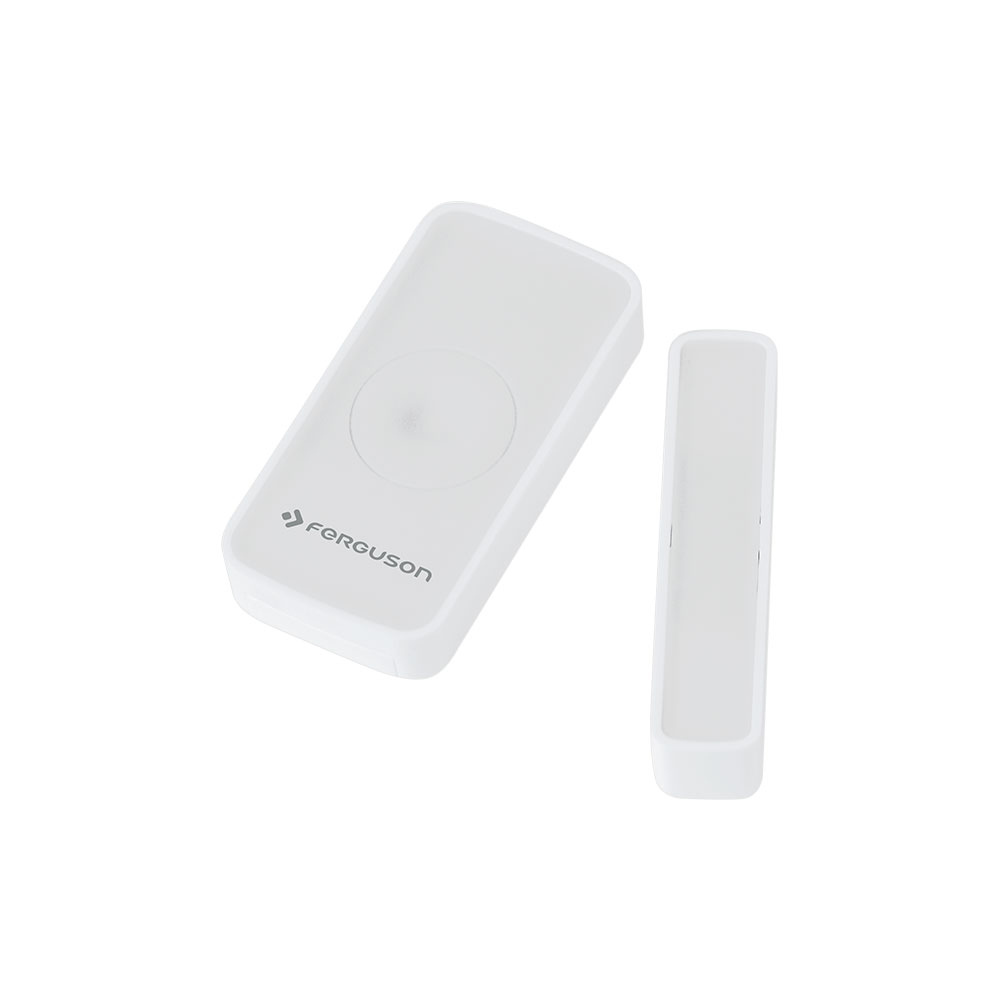 A multi-task sensor, also known as a reed switch or an opening/closing sensor, is a simple but very effective sensor that allows you to protect doors, windows, garage doors and virtually any diverging and descending surfaces. Any opening or closing of doors, windows or other surfaces that extend or descend will now be recorded. It is enough to set notifications and alarms in the application (arm) for the time of absence from home and from that moment any opening or short circuit of the sensor will be registered and the relevant information will be sent directly to the user’s phone. 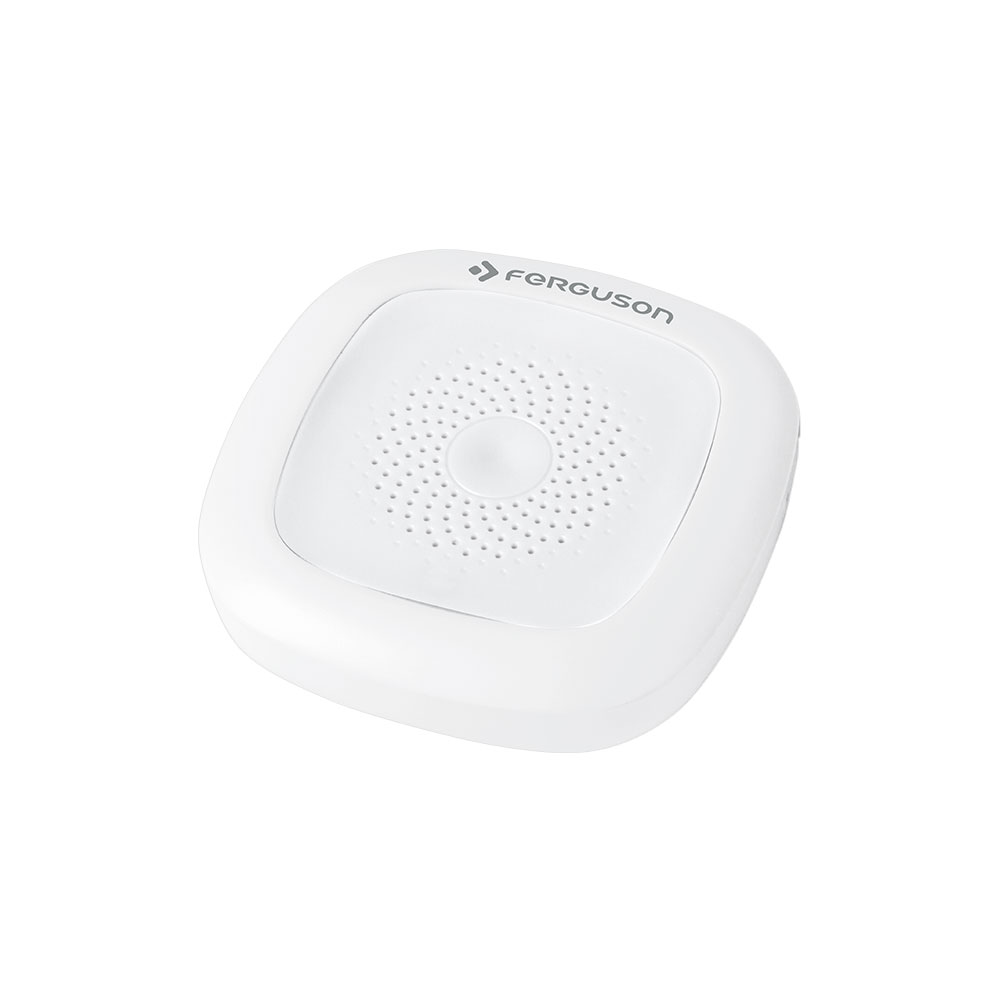 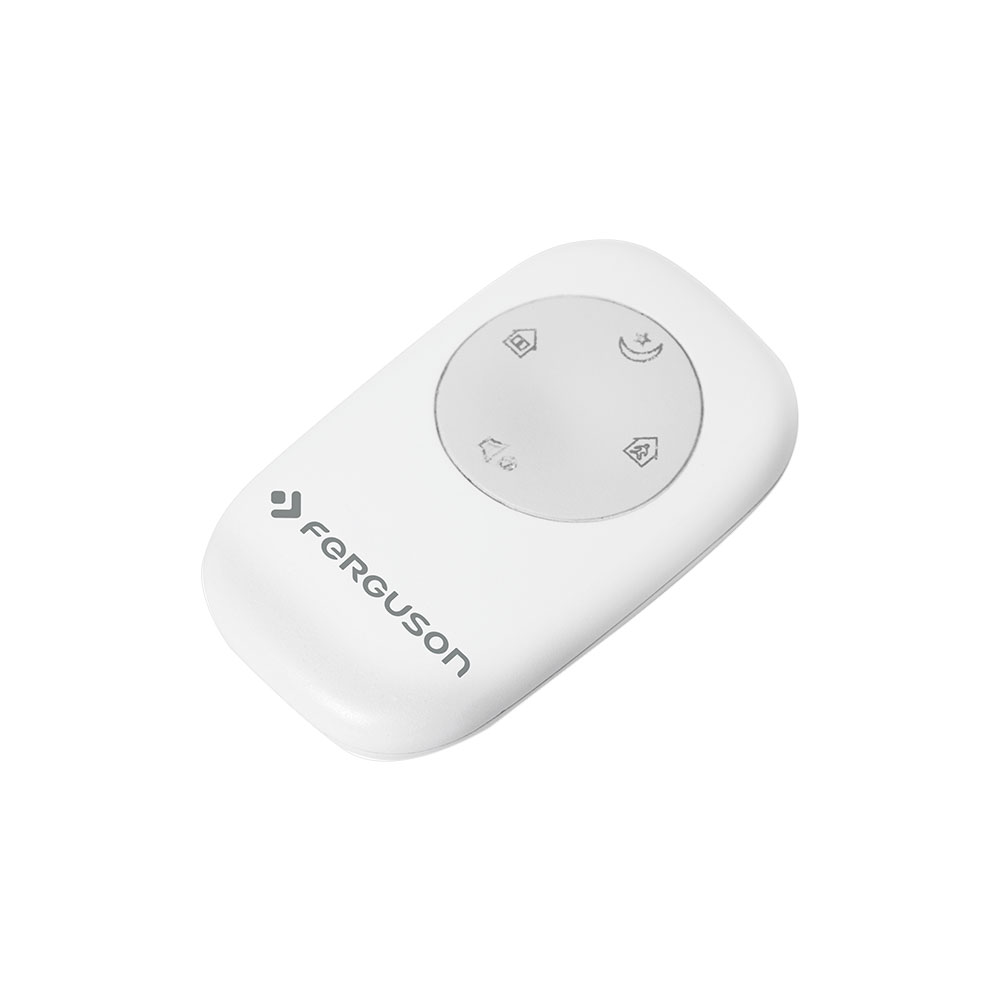 Thanks to the remote control (two pieces are included), it is possible to arm or disarm the Ferguson Smart Home system with one button. For example, when leaving for work, you can arm the entire system with one move, and disarm it after your return. The remote control also has a so-called panic button, i.e. a button that triggers an alarm, which can be very useful in the event of, for example, a burglary attempt.

Operation via a mobile application

The entire system is operated by means of one mobile application, in which you can read the system status and define events that will trigger an alarm or a notification sent to the user. In the application, you can view the cameras directly (live) and react directly to threats. The convenient application also allows you to create so-called scenes, i.e. scenarios for the use of sensors and other system components. For example: the “morning” scene can turn on (using the Ferguson Smart Plug) an electric kettle for making morning coffee, turn on the heating for morning room insulation, turn off cameras and motion sensors set for night standby, etc. Using the application, the user manages his smart home according to his own needs. 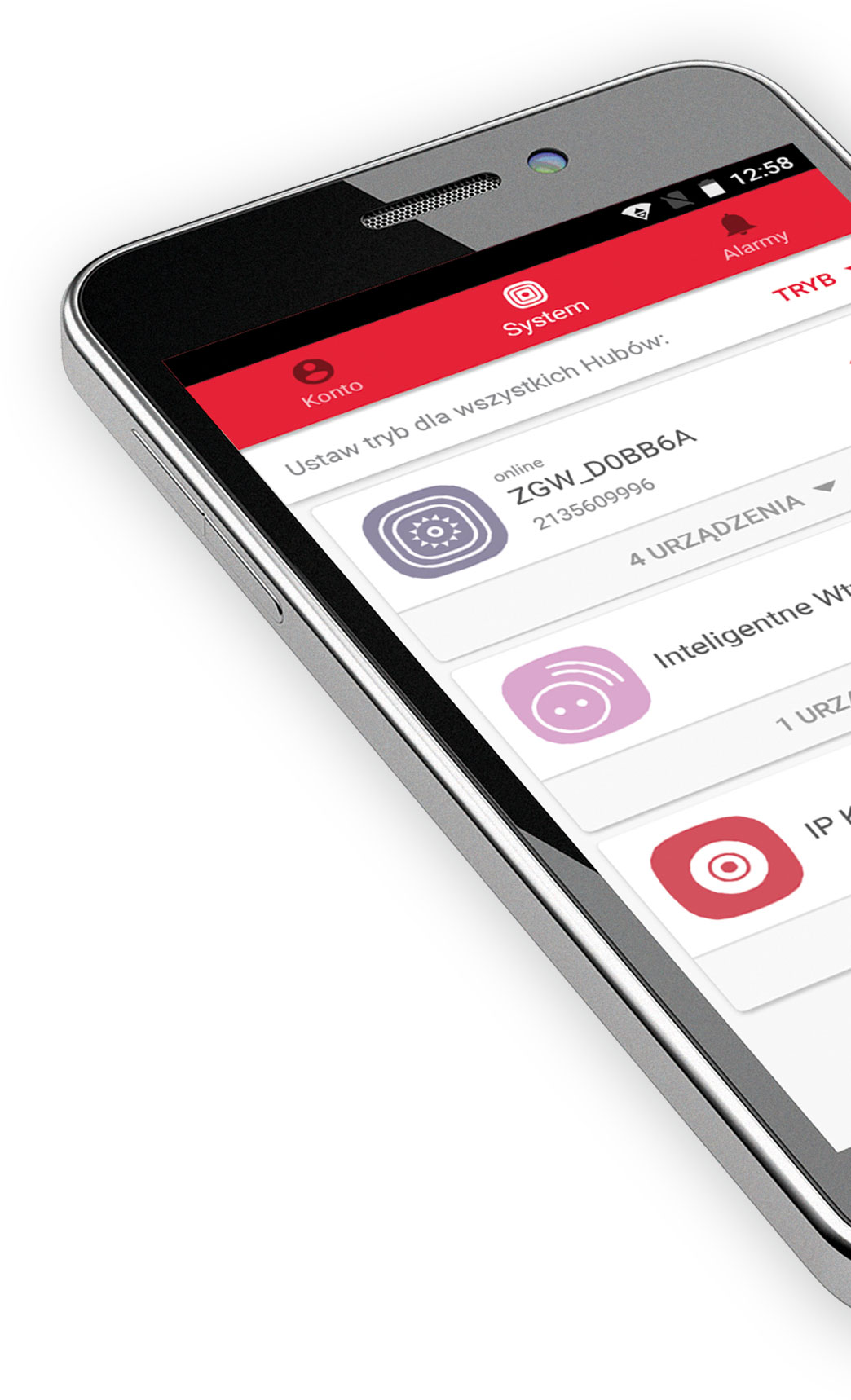